Can A Leaky Gut Cause IC (Interstitial Cystitis)?

Can a leaky gut cause IC? Well, I have been seeing some great success in the reduction of pain symptoms when working with my interstitial cystitis (IC) clients to improve their overall health and quality of life.

One thing I found consistent across the board was the wide range of digestive issues that people with IC have.

I believe that IC is more than just an isolated bladder condition, rather a global dysfunction in the body often caused by so-called “leaky gut syndrome”.

Leaky gut has been associated with a variety of medical conditions such as:

The leaky gut syndrome is really a nickname for the formal term “intestinal permeability” which basically means that your small intestine’s lining is malfunctioning.

In case if you read more on this topic, just know that your gut lining is formally called the intestinal barrier or epithelial layer.

Intestinal Barrier: To Serve And Protect

The gut lining consists of various commensal microbiota that provides a protective function for the intestinal tissue.

In this post, I mostly focus on the protective role of the gut lining, since many of the triggers of IC (such as the inflammation induced by the bacteria’s endotoxins) can be related to bacterial overgrowth and infections.

When any part of protective barrier is malfunctioning, you can get a leaky gut that in turn predisposes you to a variety of health issues. As I mentioned above, I believe, IC is one of the problems that stemmed from the issues with gut lining. Let’s explore the mechanics of the disease.

A healthy gut lining consists of commensal bacteria that act as a physical barrier and promote resistance to colonization by pathogenic bacteria. If the composition of commensal bacterial colony changes, they can no longer stay on the way of pathogenic bacteria. This could lead to a so-called bacterial translocation process. For example, E.coli bacteria (the most frequent cause of UTIs) can “leak” into other organs, and that includes your bladder.

I also find it interesting that many women with mycoplasma infections complain of having urethral pain. Recently, there have been some correlations with Lyme disease and IC as well. There are definitely some trends found in the gut (as well as systemic) infections that need to be explored deeper.

Within the antimicrobial properties are the biochemical molecules that aid in reducing the load of colonizing bacteria.  When this functionality of the gut barrier is impacted, pathogenic bacteria could grow faster and form thriving communities.  The bacteria can create the inflammation and pain that is so often seen with IC. Also, bacteria can damage the gut and allow toxins and particles to get into the body that also can cause inflammation. This, in turn, could lead to a disruption of various important processes leading to chronic health problems.

And finally, the barrier consists of a variety of immune cells that regulate the immune response.  A major role of the immunological barrier is secretory IgA (SIgA), the most abundant immunoglobulin in the body that resides primarily on intestinal mucosal surfaces (Mu et al., 2017).

Almost every lab I have viewed of clients with IC are low in SIgA, although a small percentage also demonstrate elevated levels.

High levels of SIgA may indicate a variety of clues such as:

Lowered SIgA levels, on the other hand, are associated with immune dysfunction and may indicate that the client has been under attack with infections for a very long time, and the body’s defenses have given up.

Altered levels of SIgA in the GI tract can contribute to many detrimental effects, such as:

Who Can Get Leaky Gut?

Leaky gut, as you understand now, results from a damaged intestinal barrier, which in return decreases your gut’s ability to function as a physical, biochemical, and an immunological barrier to protect you.

There are many causes of why this happens, the most common are: 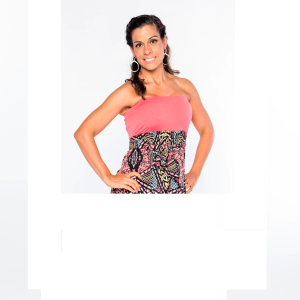 Eager to help in your journey to optimal health! I know first-hand how devastating chronic bladder health problems could be. I'm a Certified Clinical Nutritionist and a Functional Diagnostic Nutrition Practitioner. Get in touch here: www.naturalhealthachiever.com
Menu