Recurrent UTI testing requires more serious approach than a simple OTC UTI test strip that is often misused and therefore could be inaccurate. For years, researchers and physicians have been struggling to find better ways to better identify the pathogens causing recurrent UTIs.

It is also important to be able to differentiate between a chronic UTI caused by bacterial biofilms that often do not show up on traditional tests, from a recurrent UTI (when a patient keeps re-infecting themselves) and proper testing could help.

Unfortunately, even the urine culture tests are not always accurate and can identify the pathogens as some researchers state. This prompts the medical diagnostic industry to look for alternative recurrent UTI testing options.

This post is based on the 2017 research article New and developing diagnostic technologies for urinary tract infections, that we thought would be great to “translate” into laymen English, we also added some information that we linked to directly and in references.

More than half of antibiotics prescribed in the US are either the wrong antibiotic or not needed at all. In addition, we overuse antibiotics in livestock. This has led to a surge in “superbugs:” bacteria that are resistant to our available antibiotics.

For example, the go-to antibiotics for UTIs- Bactrim and Cipro- have become useless against UTI superbugs.

To decrease the spread of superbugs and improve UTI treatments, scientist and doctors are using new and existing technology to target antibiotics to the genetic and molecular detail of UTI causing bugs.

Ideally, a future antibiotic treatment will take into account our whole bacterial ecosystem, and will search the individual’s microbiome to choose the best antibiotic for them.

This system risks promoting superbugs because the “best guess” antibiotics may not be the right choice, exposing the bacteria to multiple antibiotics, and allowing them to develop resistance to our available antibiotics.

Moreover, this approach delays treatment, increasing our chance of getting a complicated UTI such as a kidney infection or sepsis.

That’s why new technologies that speed up diagnosis and accuracy are so important.

The ideal UTI testing is easy to use, cost-effective, and available either at your doctor’s office or even in your own home.  Below is a list of the up and coming tests that go beyond urine dipstick and cultures.

All UTI screening testing options (except the traditional dipstick) are only available through your doctor:

Advanced microbiology techniques to identify the DNA of UTI-causing bacteria

These tests are more specific than screening tests and are more appropriate for recurrent UTI testing.

Advanced microbiology tests identify UTI causing bacteria based on their genetic makeup, especially the modified genes that turn them into superbugs. These technologies are available, but are time intensive and require a lot of urine processing. Scientists’ goals are to make them more efficient than our current gold standard, the urine culture test.

These tests determine which antibiotic will work best for your UTI, an important piece in treating you and limiting superbugs. Traditionally, this took two days as doctors wait for bacteria to grow (or die) when mixed with antibiotics.

New technologies speed this up quite a bit by using time-lapse photos that look at bacterial cell division (rather than growth). With this method, antibiotic susceptibility can be determined in under 2 hours!

Needless to say, there is a lot of space for improvement in UTI testing industry. The goal is to get tests that:

We need to improve the accuracy, accessibility, and efficiency of testing. Here are two most important UTI testing trends to follow:

Both of these technologies are small, portable and can work as an add-on to smartphone technology, which could be really convenient. They also use little energy. An important concept is that you can sample urine directly rather than waiting days for the bacteria to grow in culture. This saves a lot of time.

Here are examples of biosensor and microfluidic technology that are on the horizon:

Biosensors and microfluidics are really promising as UTI tests because they are accurate and fast. Still, they are in their infancy and not yet commercially available. The scientists must work to make these technologies easier for doctors and laboratories to use. Initially, they will likely be restricted to people with complicated UTIs, before becoming more widely available.

Many researchers point out that healthy bladders might have similar microbiome to the bladders of patients who suffer from recurrent UTIs. Therefore we must move past a system that only looks for more potent antibiotics that may harm our natural microbiome.

More information appears that some bacteria such as BV inducing Gardnerella vaginalis could provoke dormant E.coli bacteria for an acute infection. So if you only target bacteria within the bladder, you could be missing a point.

Better diagnostic requires a deeper understanding of how our bodies work together with our microbial communities. We can’t keep on blasting all bacteria with yet better, more precise antibiotics and hoping that this will solve the issue. If you think about your body and organs as an integrated reservoir with streams flowing in both directions, you will approach your healing differently.

We can hope that the future tests will be more precise, cheaper, and faster. We should also ask that the practitioners of medicine provide a more holistic approach that takes into account all the possible causes and solutions to treating potentially pathogenic bacteria. 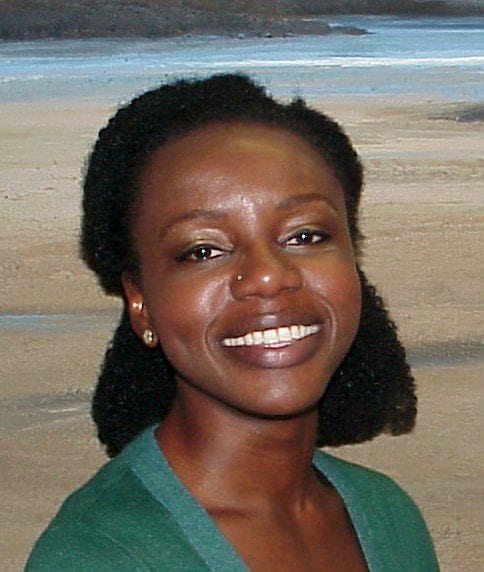 Ore Ogunyemi, MD is a budding entrepreneur in the field of health and wellness, a fellowship trained urologist, & board eligible doctor. A graduate of Stanford University, UCLA and UW Madison, her passion lies in harnessing the power of medicine to heal the body, mind, and spirit. Ore is pursuing a health coach certification at the Institute for Integrative Nutrition. Her mission is to empower individuals to take control of their health and live their best lives possible. Connect with Ore here: www.oreomd.com